The Ageless Art of Ajrakh Printing 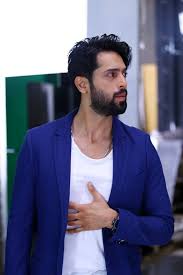 The block-printing style called ‘ajrakh’ is a legacy of the Indus Valley Civilisation.

Ajrakh is an ancient block-printing method on textiles that originated in the presentday provinces of Sindh in Pakistan and the neighbouring Indian districts of Kutch in Gujarat and Barmer in Rajasthan. The word ‘ajrakh’ itself connotes a number of different concepts. According to some, it comes from the Arabic word ajrakh, which means blue, one of the chief colours in ajrakh printing. Other historians say the word has been coined from the two Hindi words- aaj rakh, meaning, keep it today.

According to others, it means making beautiful. Although ajrakh printing is a part of the culture of Sindh, its roots extended to the states of Rajasthan and Gujarat in India during the times of the Indus Valley Civilisation, around 3000 BC. The Indus river was an important resource for washing fabric and sustenance of raw materials like indigo dye and cotton, which were copious along the river. Ajrakh printing thrived in India in the 16th century with the migration of Khatris from the Sindh province to Kutch district. The king of Kutch acknowledged and recognized the textile art, and indirectly encouraged the migration of Khatris to uninhabited lands in Kutch. Ultimately, some Khatri printer families migrated to Rajasthan and settled in and around Barmer province of British India, including present-day Gujarat, and excelled at the art of ajrakh printing. At present, the Khatri community is engrossed in consistently producing jrakh printed fabric of supreme quality in Ajrakhpur village in Kutch and also Barmer.

Ajrakh printing celebrates nature amazingly. This is evident in the aesthetics of the unification of its colours as well as motifs.

The traditional colours found in ajrakh printing are deep, which symbolise nature. Crimson red symbolizes the earth, and indigo blue symbolises twilight. Black and white are used with a view to outline motifs and define symmetrical designs. Although the use of eco-friendly synthetic dyes is prevalent, the use of traditional natural dyes is being resumed gradually. Indigo is obtained from the indigo plant. Craftsmen used indigo plants growing profusely along the Indus river. Red is acquired from alizarin found in the roots of madder plants. Black is obtained from iron shavings, millet flour and molasses with the addition of ground tamarind seeds to thicken the dye. The contemporary ajrakh prints have intensely vibrant contrasting colours like rust, yellow and orange.

The use of traditional elaborate motifs is still prevalent in ajrakh printing, which is the legacy of earlier generations. These are symmetrically-geometric jewellike shapes symbolising natural elements like flowers, leaves and stars. The most common motif found in ajrakh printing is the trefoil which is thought to be made of three sundiscs joined together to represent the cohesive unity of the gods of earth, water and sun. All motifs are stamped around a central point and are repeated across the fabric in a grid forming something akin to web-like design, or the central jaal. This jaal is made of vertical, diagonal and horizontal lines. Besides this web, border designs are also printed. The borders are aligned both horizontally as well as vertically and frame the central portion, distinguishing one ajrakh from another. A wider double margin is used to print the lateral ends with a view to differentiate the layouts of borders.

Ajrakh printing is a long and arduous process that requires a number of stages of printing and washing the fabric repeatedly with different natural dyes and mordants. The technique of resist printing is employed. This permits absorption of a dye in the required areas and prohibits absorption on the areas meant not to be coloured. The stages are elaborated below:

Kasano: The fabric is washed in a solution of myrobalan which is the nut from the harde tree. Myrobalan is used as the first mordant in the dyeing process. Next, the fabric is dried under the sun on both sides. The extra myrobalan on the fabric after drying is brushed off.

Khariyanu: A resist of lime and gum Arabic (babool tree resin) is printed on to the fabric to outline the motifs that are required to be white. This outline printing is called rekh. The resist is printed on both sides of fabric using carved wooden blocks.

Kat: Scrap iron and jaggery are mixed with water and left for about 20 days. The water becomes ferrous. Next, tamarind seed powder is added and the ferrous water is boiled to a paste known as kat and is printed on to both sides of the fabric.

Gach: Clay, alum and gum Arabic are mixed to form a paste which is to be used for the next resist printing. A resist of gum Arabic and lime is also printed at the same time. This combined phase is known as gach. To shield the clay from smudging, saw dust or finely ground cow dung is spread on the printed portion. After this stage, the cloth is dried naturally for about 7-10 days.

Indigo dyeing: The fabric is dyed in indigo. Next, it is kept in the sun to dry and then is dyed again in indigo twice to coat it uniformly.

Vichcharnu: The fabric is washed thoroughly to remove all the resist print and extra dye.

Rang: Next the fabric is put to boil with alizarin, i.e. synthetic madder in order to impart a bright shining red colour to alum residue portion. Alum works as a mordant to fix the red colour. The grey areas from the black printing steps turn into a deeper hue. For other colours, the fabric is boiled with a different dye. Madder root imparts an orange colour, henna adds a light yellowish green colour, and rhubarb root gives a faint brownish colour.

The role of the industries

Water plays a significant role in ajrakh printing. Craftsmen treat the fabric with mordants, dyes, oils, etc. Water impacts everything from the shades and hues of the colours themselves to the success or failure of the complete process. The iron content in water is the decisive factor which determines the quality of the final product.

Dhamadka was the chief location of ajrakh printing for a considerable span of time due to the favourable source of water. But after the 2001 earthquake, the iron content in water increased heavily and the water turned to be unusable. Thus, the artisans from Dhamadka village shifted to a new base and named it Ajrakhpur. They have taken initiative in harvesting water keeping in view the fragile eco-system.

Ajrakh printing in Sindh, Kutch and Barmer, are almost similar in terms of production technique, motifs and use of colours. This is due to the fact that craftsmen in these areas descend from the same caste-families of the Khatri community who migrated to Kutch and Barmer from Sindh in the 16th century, and who are the descendents of the Indus Valley Civilisation. At present, the Khatri families are distinguished for carrying on with the traditional technique of ajrakh printing.


Traditionally, vegetable dyes were used by ajrakh printers, but soon they began to use naphthol dyes and synthetic dyes realising that vegetable dyes were proving to be too expensive. But with the revival of the craft once again, ajrakh printers have reverted to the use of natural dyes. New motifs are being added to the design library day by day. Earlier, the body and the border used to be same, but now complementary borders are in vogue.

Earlier, blocks used to be made in a place called Pethapur. Now, blocks are made in the homes with the help of machine-like drills. And, instead of natural water resources, modern printers use water from borewells. The craftspeople are also planning to establish a treatment plant for treating polluted water. Changing times have called for critical changes both in terms of utility and design. But the beauty of the traditional art has withstood the test of time. A number of hubs of ajrakh printing have cropped up across India as well as Pakistan proving that art is supreme and it transcends national boundaries.

In tune with changing times

A number of NGOs are currently engaged in making efforts to uplift this craft by providing new inputs to the craftspeople. The NGOs conduct year-long training programmes to train aspiring craftsperson in all relevant aspects of the art and give them monetary support during the same. NGOs also back them in selling their products in the market and earn due profits. But the number of such NGOs is not sufficient in proportion to the number of craftspeople needing this assistance. Thus, the government, the NGOs and those who are devoted to this craft should come forward and devise ways and means to shield the interest of craftsmen who have been nurturing this art for ages.

In spite of environmental calamities, industrialisation and changing political regimes, the traditional craft of ajrakh has survived. Craftspersons are revitalising the age-old use of natural dyes for western markets. The handmade, ecofriendly and natural dyes are preferred to non-eco-friendly machine-made and artificial dyes and colours.

With passage of time, ajrakh printers are now open to trying out new motifs, designs, dyes, materials and want to keep pace with the growing and changing contemporary world of fashion. At present, the printing art is being impacted by market demand and the new crop of ajrakh printers are prepared to accept and experiment with new pattern inputs provided by fashion designers. Hence, it has received a new lease of recognition both nationally as well as internationally. There is hope that these are not just transient fashion trends and that the ajrakh artisans will carry on the tradition of catering to the world with a fascination for highly proficient, elaborate, handcrafted textiles for generations to come.

When University of Michigan researchers fed tart cherry powder to rats as a tiny portion of their diet, the animals lost 17 percent of their belly fat in just three months. Another trial with crushed blueberries also reduced fat. “There may be