5 Facts About The Designer Tom Ford, Which You Did Not Know

To learn a little more about your idols is always a great idea. So we asked ourselves: “What do not we know about modern designers?” The object of our attention was an American designer, director, and gentleman Tom Ford. If you know that Ford was the creative director of Gucci, his trademark touch in the collections is sexuality and pornography and you know that he made the film “A Lonely Man” with Colin Firth in the lead role, then read on. We found 5 unknown facts about the American fashion designer.
He is vegan
“I’m a vegetarian for about a year. When you see how products of animal origin are produced and under what conditions, then any desire disappears to use them, “said Ford in an interview with Vogue. In addition to food, the designer also refused to use natural fur in his collections, replacing it with an artificial one.
He is obsessed when it comes to taking a bath
It is known that on the day of Ford takes not one but four hot baths. The first at 4:30, immediately after awakening; the second at 9:15 – after training; the third at 18:00, and the last at 22:30, after dinner. “I lie in the bathroom for half an hour, which allows me to relax and clear my mind of bad thoughts.”
It does not get fuller
Every morning before the first bathroom 56-year-old designer is weighed. “If I get better by more than one kilogram, I will eat vegetables for two or three days until I return to my weight,” said Ford once to the artist Lisa Eisner. “Now I have the same weight as in 33 years.” The point here, of course, is not only in good heredity but also in respect of diet and constant physical exertion.
He does not talk on the phone
“I do not carry a phone with me, because I do not like to talk on it,” he once said. Despite such a digital detox, the designer has all the necessary gadgets: an iPad for reading books or scripting and MacBook Air for talking, here’s the iPhone, he basically uses as a camera. “In an emergency, I, of course, will use the phone, but I do not even know my number.”
He is going to release care cosmetics
Emitting fragrances, decorative cosmetics, and clothes under the label Tom Ford, the designer recently confessed about the upcoming collection of ancillary cosmetics for men and women. And although while he “is not yet ready to talk about this”, he promised that the presented assortment will surprise the customers. 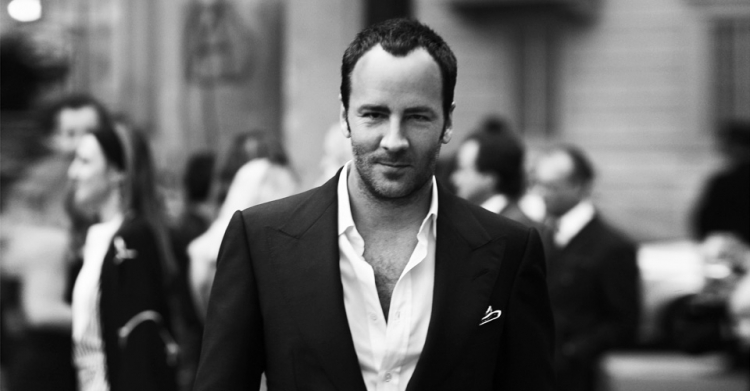